Tale of a Dorner

Being asked to verify a reported aircraft crash is not the greatest thing that can happen while you are flying along in a happy mood. It is even worse when you turn up to the location, discover that the report is true, there has been a crash and the wreckage you are viewing is a plane that you own.

Back in 1989, when the ink had barely dried on my commercial pilots license I had dreams about becoming a bush pilot. Tired of a career as a builder, I had spent the previous three years learning to fly on the pretext that if I was a commercial pilot I would actually want to get out of bed in the morning and go to work. At the time of passing the CPL I had just got a lucrative building contract which I then quit before I had even begun (so sorry Don) so I could fly on a casual basis for peanuts under a taciturn chief pilot with a penchant for making his pilots feel unskilled and worthless.

Somehow during this era I ended up in a hanger in Devonport where old school mechanics had aeroplane engines in pieces, spread around the place in haphazard piles in an environment smelling of grease and avgas. An English mechanic who had learned his trade in World War two oversaw an aviation business the likes of which would probably be shut down today. In one corner of this hanger was what appeared to be the ultimate bush plane, beside me a good friend, Pete – a pilot also, and all we could do was stare.

Beauty is in the eye of the beholder and the particular beauty that had our attention was a high wing, strutless, tail wheel aircraft fitted with full leading edge slats, slotted ailerons and flaps, gull wing front doors and large rear doors on either side that could be opened and shut in flight. It had a single joystick control, six seats, a military look and feel, and was like nothing Pete or I had ever flown before.

The plane was a Dornier DO27, made in Germany in 1965 and it was the only one of its type in Australia. Neither of us had tail wheel endorsements and it was apparent that the only way we would ever get to fly this aeroplane would be if we bought it. They say there is nothing like an aeroplane, a beautiful woman or a racehorse to get otherwise sane businessmen to part with their money. We parted with ours and we were at a new beginning.

Somehow we would make it pay! We would fly freight, take photographs, do joy flights, whatever. With this aeroplane we were going to work. We bought it for surprisingly little, a lot less than a worn 206 cost at the time. We got tail wheel endorsements in an Auster at the Launceston Aero Club and one of Tasmania’s most respected bush pilots, a bloke by the name of Ted Richey, with five digits in his logbook was brave enough to sit next to me without controls on my first flight. Ted got out after just a couple of circuits, sporting a few more grey hairs than he had to begin with and I was away. Pete watched all of this, first from the back seat then, after Ted left, sitting next to me. A bit later he got it together himself with me sitting next to him.

It seems to be a fact that if you can actively imagine yourself doing something for long enough you will find yourself doing it for real. Somehow the right combination of good people and coincidence always showed up. Obstacles that would seem insurmountable if we had actually considered them were nothing more than bumps along the way. I clearly remember the first load of freight, 500 kilos of abalone from Flinders Island into Devonport. I also remember the first cheque and the man who wrote it, a successful seafood dealer, this man was helping out seemingly only to see a young bloke with a plane and a fledgling business get a start.

We started a scenic flight business from a bush strip right next to Cradle Mountain National Park. A bush plane on a bush airstrip had an appeal to the general public that the established operators in the Tasmanian aviation industry found unfathomable. We expanded, got a flying school happening with a borrowed Air Operators Certificate (AOC) and eventually I became CFI and owned an AOC of my own. All the while our beloved Dornier was a backbone, flying scenic’s and later, for a short period, dropping board and supplies for the Tasmanian National Parks and Wildlife Service. 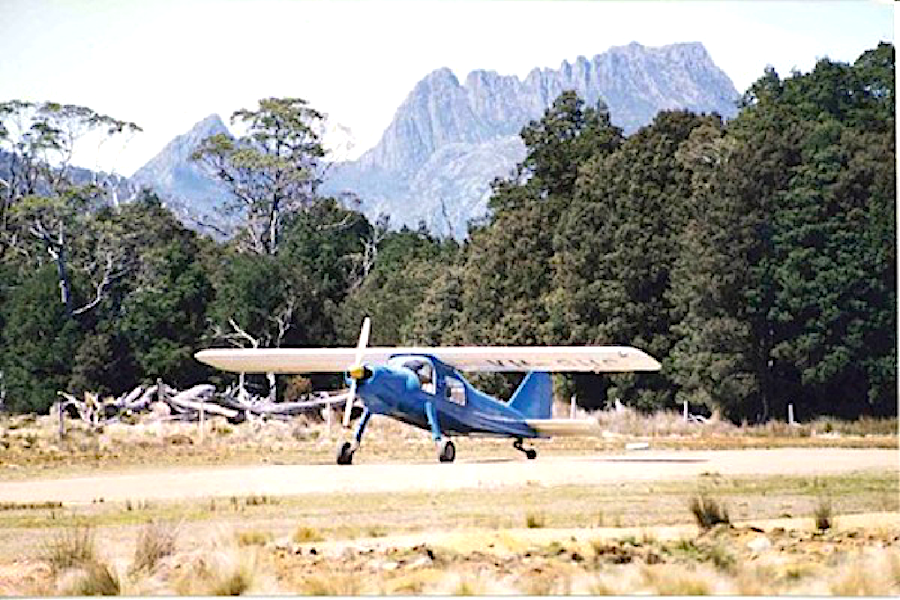 We got a contract to trial dropping operations. To protect the fragile mountain environment from damage by bushwalkers Cradle Mountain National Park National Park Rangers were busy building walking tracks out of timber boards. The immense cost of building these board walk paths saw us trialing board drops by aeroplane. At half the cost of a helicopter drop we would fly up the walking tracks and drop 500 kilos of board from low level. Track builders would then pick up the board and nail it together while we returned for another load.

National Parks had paid 50% of a special modification made to the Dornier by the most “can do” aircraft engineers I have ever met. This engineers name was Dale and he had done his time as an apprentice under the previously mentioned English aircraft mechanic at Devonport. Now with his own business, Dale designed us a sliding trolley that fitted in the rear of the plane. It could be loaded up through the left rear passenger door and it had a huge spring to power it. We would neatly stack the trolley with board, take off, then pull a lever and the trolley, assisted by gravity and a boot full of left rudder would slide sideways, the rear door would automatically open, the trolley would tip, the board would fall in a single 500 kilo bunch and then the trolley, released of its burden and powered by the spring would return back inside the fuselage closing the door behind it. The whole assembly could be fitted in place of the rear seats then removed again so the plane could return to scenic flight duties after dropping board. It was all legal and all fully approved. It was also tremendous fun!

The dropping business expanded. We replaced the helicopter as supply ship for the Bushwalker’s composting toilets. We would remove the rear seats or the board walk dropping carriage and a drop master kneeling in the rear of the plane would throw out bags of composting material, the purpose of which was to keep the heavily used dunnies in the Cradle Wilderness from stinking.

It was on a day of compost dropping operations when I was flying another single control bush aeroplane, probably the finest bush aircraft ever built; a De Havilland Beaver when the call came through from Melbourne Flight Service to fly to the site of the plane crash. I was returning to Cradle Mountain after servicing a mining camp in Tasmania’s South West Wilderness when I was contacted via radio. I was the only known traffic in the area. As I circled the crash site I was surprised to see four people standing in a clearing near the wreck. I was instructed to hold if possible until a helicopter arrived to pick them up.

Earlier that day I had left a young pilot in my employ to drop compost to the Waterfall Valley hut. He had loaded up the plane with compost, illegally put two of his friends on board as well as the drop master and he was flying up the valley on the drop run instead of down. He was behaving like a cowboy and having too much fun for his own good. He was operating completely contrary to instructions. The pilot had stalled the Dornier at full power in the lee of a precipitous mountain called Barn Bluff from a height of about 50 feet above ground. It came down through some scrubby forest to rest on the valley floor. His two rear occupants had no seats and no seatbelts. It is testimony to the Dornier’s incredible strength and to pure luck that none of the four on board were injured. My favorite toy was bent beyond repair.

I still know this pilot and yes, we are still on good terms. I lost the National Parks contract and in any event there was no longer a suitable aircraft available for the task. National Parks went back to helicopters. I learned a huge lesson about supervision as chief pilot and I was at another beginning.

No one thinks a stall and smash can happen to them, it’s only something you read about right? Certainly I thought it would never happen to me but not much more than a decade later I survived unscathed from a very similar stall spin accident that smashed a perfectly good aeroplane into little pieces. Like the Dornier occupants I was incredibly lucky to survive to tell the tale but that, good people, is another story. 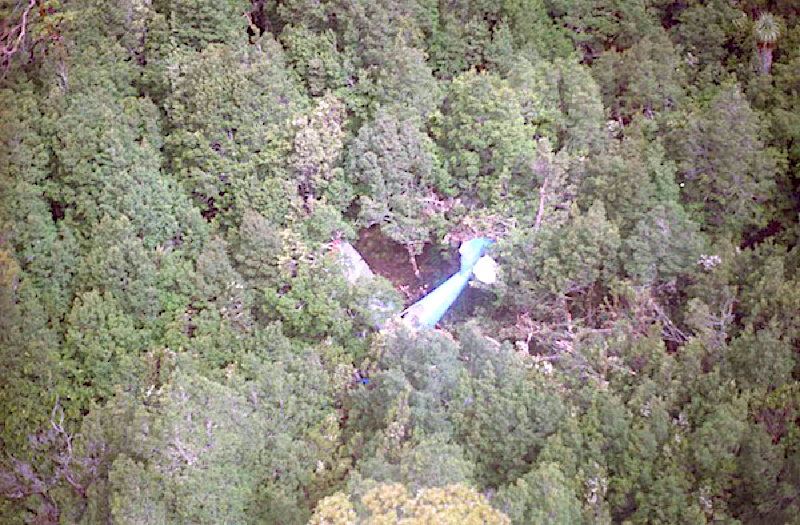