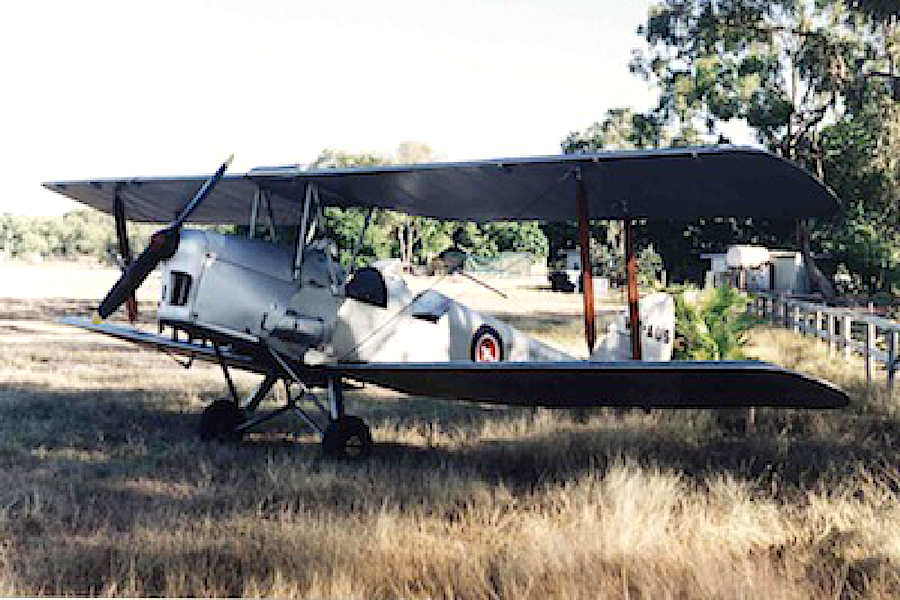 Sometimes pilots find themselves living in Paradise. That’s how I felt. In this paradise my day would go something like this: Get up and stroll to a lovely hot thermal spring, have a swim, leave board shorts on and head to a delicious served breakfast. Around 9am, usually still in board shorts and a T-shirt, the next task was to wander up to the airstrip, complete a daily and wait for customers. Customers arrived every day and as the aeroplane in question, a 1938 Tiger Moth only had a single passenger seat, loading them was quick and easy. Following a quick brief and a hand start we were away.

Take off. Climb to 4500, do a lazy orbit and line up on the airstrip, then full throttle, push forward until the giddy speed of 105 appears on the ASI, then pull back firmly to climb over vertical, ease off the back pressure until the motor coughs slightly then pull gently back gently on the stick to finish the loop. Conveniently at the bottom of the loop we would be back at 105 allowing another smooth pull up followed by full right (or left) aileron and a boot full of rudder for a barrel roll which if done correctly would again produce an exit speed of around 105, whereupon another loop could be started. Coming down from this loop I would usually commence a stall turn to change direction back on the original track to repeat the sequence. 4500 would turn to 3000 very fast and at a bit above 3000 I would pull back for a stall then kick in full rudder for a three rotation spin before gently descending to land. The popularity of a Tiger Moth is amazing. It mostly appealed to the bungee jumping mentality and although I also offered a sedate scenic flight most punters wanted aerobatics. Even the aged tourists doing their obligatory trip around Aus would request at least one loop after booking the sedate scenic.

Some days would be quiet and I would read or duck off for another swim or just sit and chat to the never ending stream of campers and caravan dwellers passing though my paradise, some days would be full on, seeing me do 10 or more sorties between 9am and about 6ish when it was time for dinner. All days were clear and blue and I logged at least one flight every single day for 120 days straight. Occasionally if things got really quiet I would load up a resort staffer and fly just for the hell of it and to see if a little aviation activity would lead to a little more. Flights always attracted onlookers, from onlookers would come customers.

Evenings would see dinner from the restaurant menu, a few beers with the tourists, a chat with the locals or something a little more adventurous like crocodile spotting from a canoe “borrowed” from the hire station and paddled with a palm frond (the paddles were always locked away at night). A never ending stream of young female European backpackers was another diversion ideal for a 30ish single male …

How my trip to paradise come about was from a bad ending; it makes me think there really are no bad endings at all. Everything is a transition, what seems shitty at the time can be a doorway to better experiences. My Tasmanian flying business had lost all appeal to me, was in decline and on the market. Friends that I thought were for life had disappeared. When the Tasmanian business sold, all that remained was a debt to financiers. Everything pointed to a dismal Tasmanian winter with unemployment and a struggle to repay liability. On top of this I had split from a long term partner. What I desperately needed was a radical change.

It was just a simple thought while lamenting the damp and cold winter bush where I live, a “what if”. “What if I arranged a neat job somewhere warm and different for winter”? Fruitless applications had already been sent to several NT jobs, in any event I had inkling that they were not what I was after anyway. Manager at Ayres Rock Scenic Flights or CFI at Alice would just be more of the same as what I had already been doing. “What if” … “what if I took a Tiger Moth I had a share in to the NT and set up a joy flight business”? “What if” very soon turned to “why not” and a week or so later I was airborne in the Tassie Tiger with a good friend, bound for the Northern Territory but with no real plan and no time line to arrive. Flying north in a Tiger Moth with no outside help had no guarantee of success. We camped under the wing and filled up from petrol stations as we only had a 240 mile range. Vintage aviation is not something you can really rely on if you need to be on time. What was amazing though was the readily available outside help. Jerry cans appeared when we needed them and folk were happy to transport us to and from airstrips. One traveler who helped reported seeing us on 5 consecutive days as we headed north up “The Track”.

We managed to fund a bit of the trip north by conducting joy flights. We flew sorties at Coober Pedy, Tennant Creek and Mataranka. We flew on to Darwin, arriving with red sun and wind burned faces and white goggle eyes but Darwin did not yield the envisaged operational site. My friend returned to Tasmania and I returned to Mataranka, struck a deal with management and got staff quarters, staff meals and staff privileges in return for flight commissions using their on-site airstrip.

At Mataranka I discovered that flying 7 days a week could provide total enjoyment along with mental stimulation. I found that the “rich and famous” took great interest in a humble Tiger Moth pilot and I met, drank and dined with movie stars, businessmen, musicians, a leggy supermodel and folk “on the run” as well as the general traveling public at large. The variety of people traveling through this Thermal Spring resort was almost surreal. I flew two aerobatic sorties with the (at the time) World Rally Champion just minutes after he stepped out of his rally car en route to winning the London Sydney car rally. I spent the rest of that afternoon taking up his fellow competitors even though a traveling organizer had told me that the rally drivers would be just too tired from their race day for my antics. I was given a horse, loaned another, learnt to saddle up and ride (just) and was befriended a bushman with a boat who showed me the Roper River and took me places that tourists never see.

Such was the time I had that I returned the following year, doing a second Tasmania to Darwin Tiger flight (with road backup this time) but unfortunately Mataranka had passed its glory days and the tourist numbers were in severe decline. This season marked the end of my time with the Tiger but it was a period in my flying career that stands out to this day.

I passed though Mataranka again a few months ago, this time on a delivery flight in a C210, ex Tasmania and en route to a new owner in Katherine. Mataranka was much the same as I remembered but the crowds have gone and the huge staff numbers reduced to a single family. Still the same though was the thermal spring, the Roper River and the old World War 2 airstrip that I came to know so well. This place is worth a visit to any passing pilot as you can land then walk to the hot springs and homestead. The accommodation, although very basic is clean and neat. This time Mataranka was almost deserted but in my mind’s eye I could clearly see the view from a vintage rag and wood aeroplane that taught me heaps and was a total joy to fly. 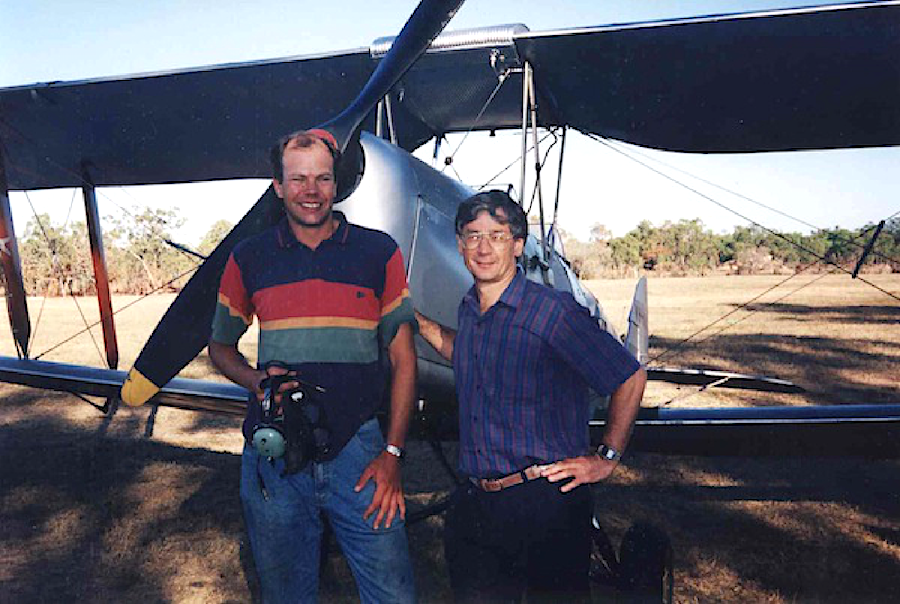